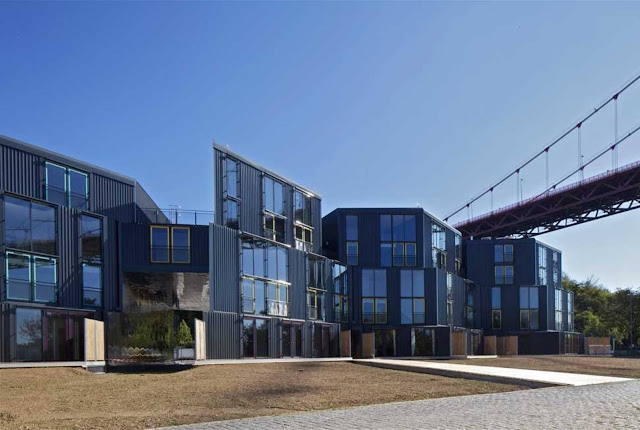 In 2012, Habiter Autrement / Ateliers Jean Nouvel was awarded the Agora Architecture Prize for the Lormont housing in Bordeaux. 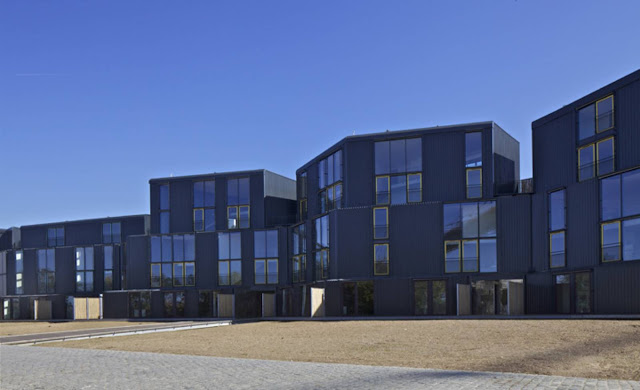 The jury, headed by Winy Maas of MVRDV, recognized the beauty of the project as well as the complexity of building on a site under the Aquitane bridge. 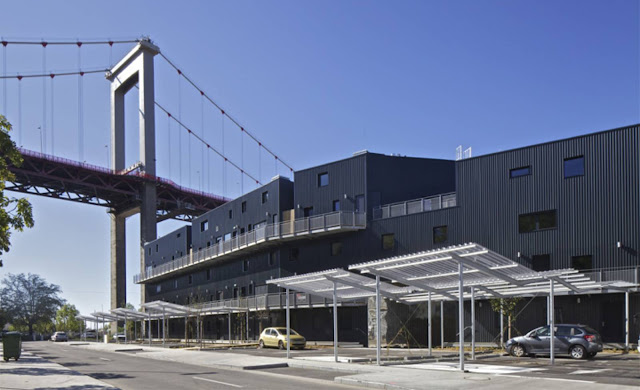 In the Lormont housing project, views of the Gironde river and the Aquitaine bridge are the key features. 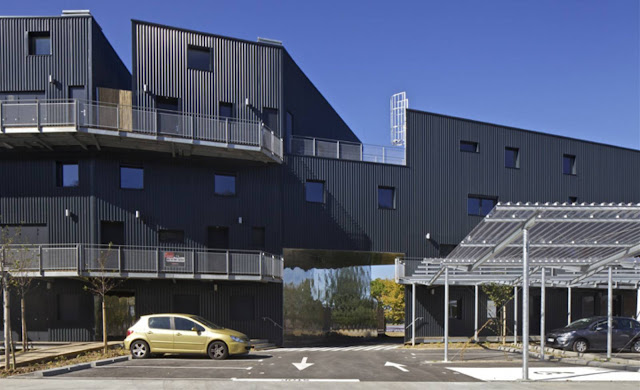 In order to optimize them, while minimizing visibility between neighbours, each of the 26 apartments has a unique shape the result of this arrangement is the building’s saw-shaped plan. 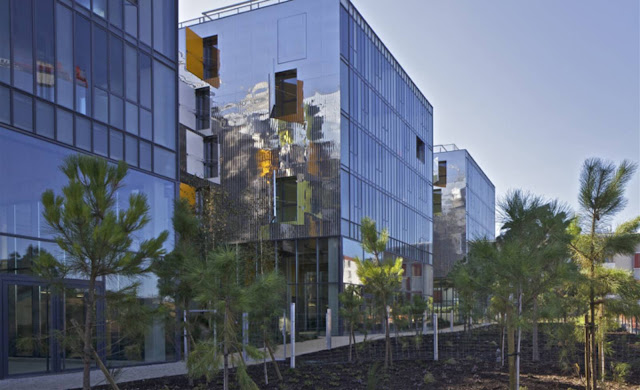 The sectional design works to enhance the spectacular presence of the 60 m high bridge. Two levels of apartments are stacked, with duplexes and triplexes above the ground floor each is shifted laterally in order to expose part of the roof. 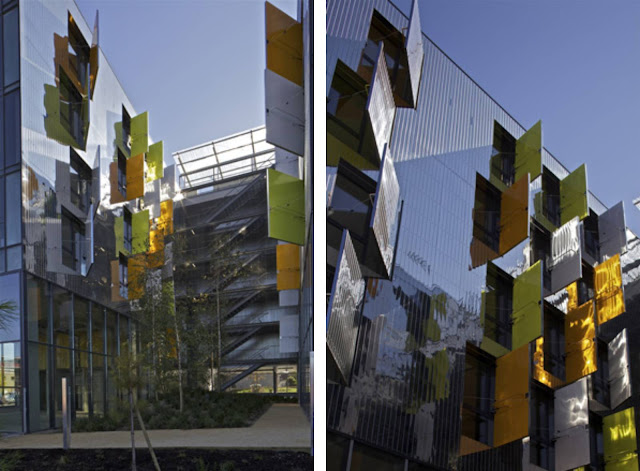 This allows the full-height windows along the faceted west facade, which faces the river, to extend into the ceiling. 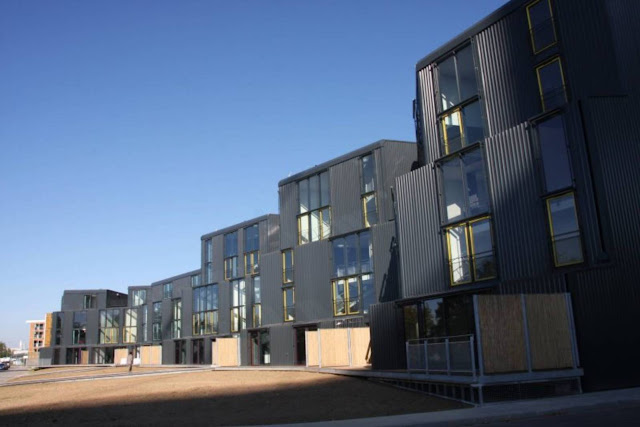 This transition from the vertical strips of glass on the facade to the horizontally-orientated roof lights emphasizes the effect of the ‘low-angle shot’ up towards the bridge towers. 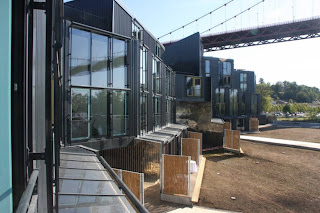 On the east side, the building is shielded from a noisy street by a metal-clad facade with relatively small openings here, transverse passages, clad in reflective material, amplify available light and create a blurry, dreamlike image of the landscape.