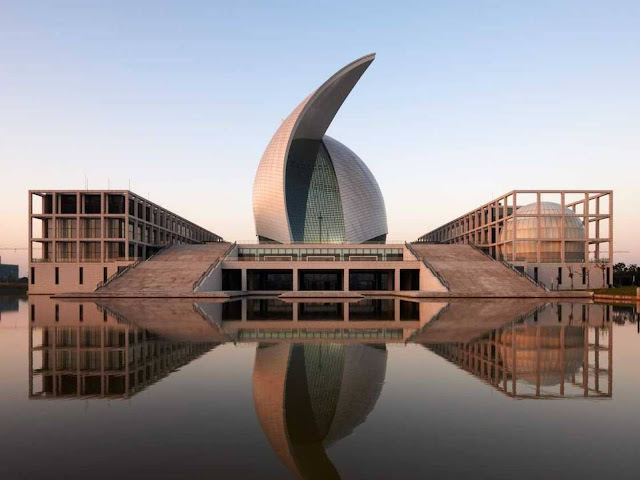 China’s first ever Maritime Museum is situated on the shore of a five square kilometer artificial lake that has been reclaimed from the Sea. 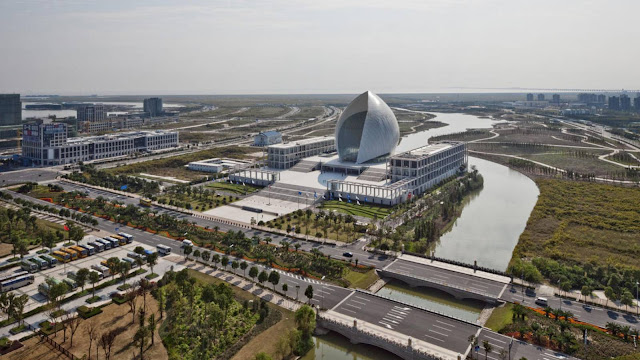 The 46,400 m² large museum, intended to house an exhibition on China’s naval history, lies in the middle of Lingang New City approximately 60 km south of Shanghai. 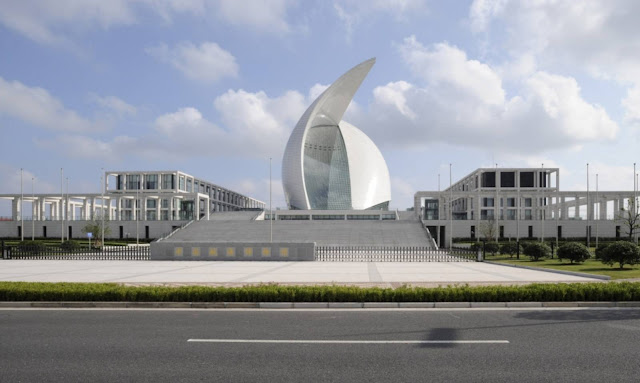 This new city development of 800,000 inhabitants has also been conceived by Meinhard von Gerkan, a design that goes back to 2002. In perfect symmetry, two parallel four-storey high wings define the rectilinear plan and the functional layout of the museum quarters. The museum is organized around a raised courtyard on a one storey high pedestal in which all the functions of the museum are accommodated. From the land and the waterfront side large sweeping staircases lead up to the pedestal. 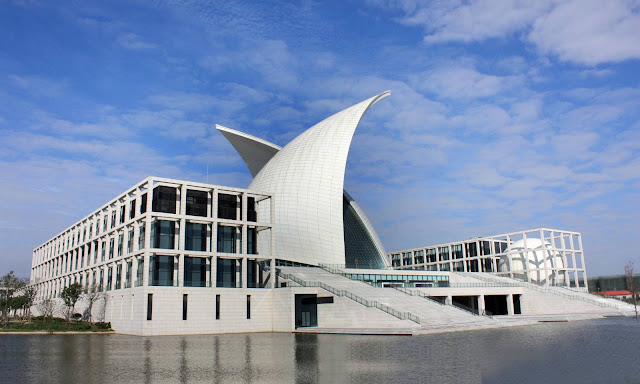 The rectilinear geometry of the façade design, the arcades and the “air-beams” – all clad in a light-grey granite – literally harbours the museum on the lake shore. The analogy of a ship in a port is developed further in the abstract symbolism of the two “sails” located almost in the middle of the museum square. 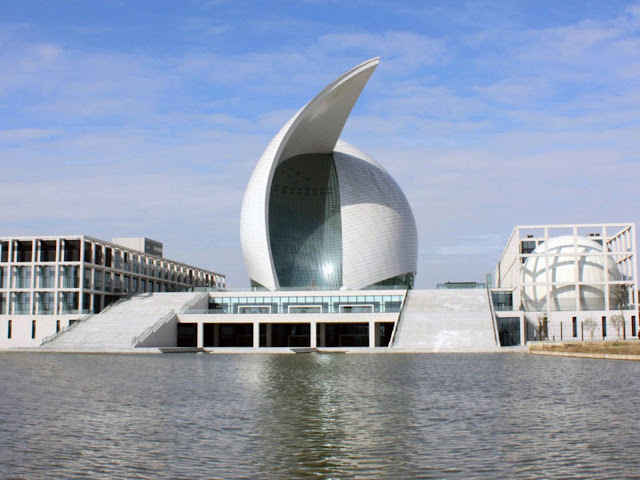 The 58 m tall grid shells lean against each other and touching only at one intersection point approximately 40 m above ground. This masterpiece of engineering allows the two-way curved “sails” to rest on only two base points, approximately 70 m apart. 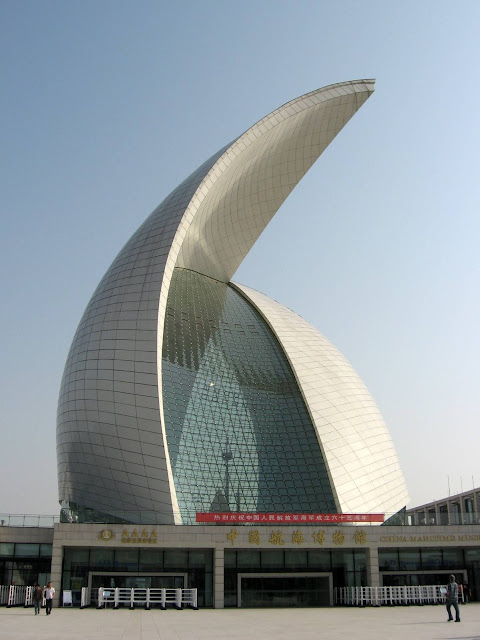 Like a huge fishing net, a pre-tensioned cable net structure clad in glass forms the façade between these two “sails”. The enormous cathedral like interior space allows the display of a fully rigged junk. 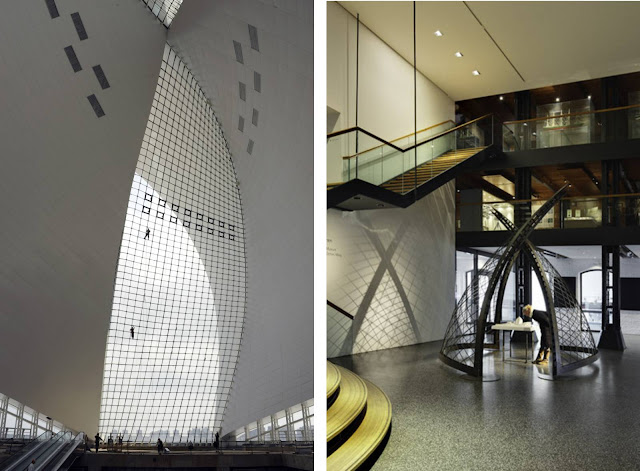 In the flat coastal topography the Maritime Museum can be spotted for miles due to its expressive silhouette – a feature that will undoubtedly make it one of the most successful landmarks of Lingang New City.