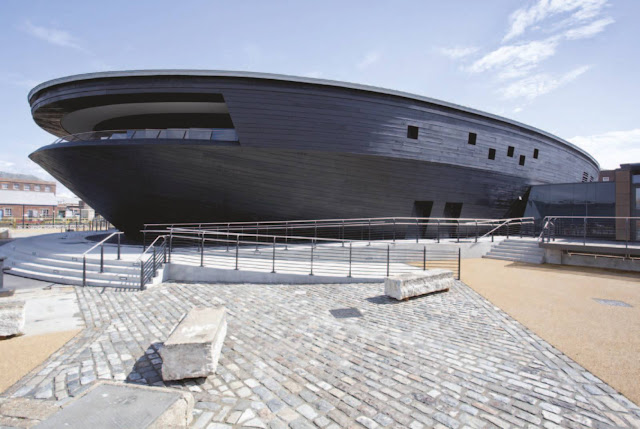 The museum is opened with artefacts from one of Britain’s most famous ships, the Mary Rose  Henry VIII’s Flagship, which was raised from the seabed of The Solent near Portsmouth in 1982. 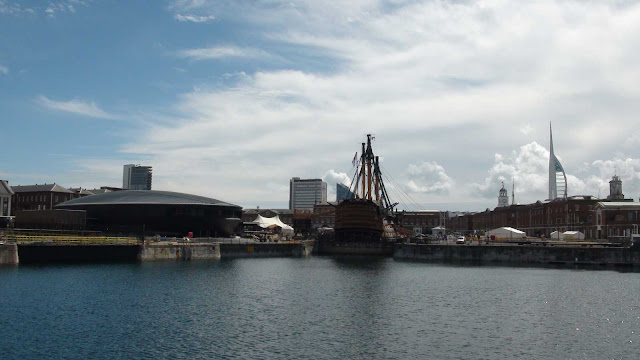 Located in the listed late 18th century dry dock in Portsmouth, the historic nature of the site dictated that the architects refrain from creating a monstrous volume on the quayside. Instead, Wilkinson Eyre has designed a low elliptical form which speaks to the original shape of the Mary Rose using timber reminiscent of that used on the historic ship, stained black to reflect England’s vernacular boat shed architecture. 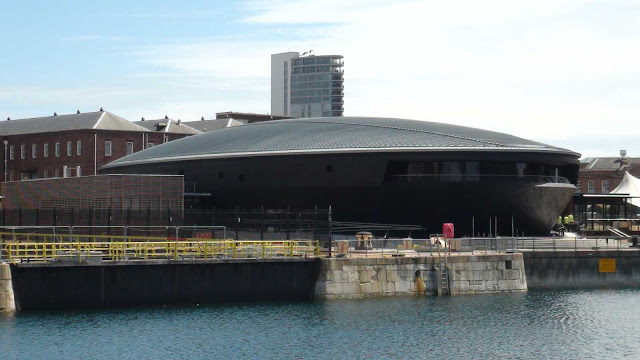 A shell-shaped metal roof is low-lying so as not to steal attention away from the historic ships and buildings in the vicinity, including the HMS Victory and listed Admiralty buildings. Either side of this elliptical form one can find a rectangular pavilion. One houses the main entranceway, reception, café and shop, while the other incorporates the Learning Centre and main plant room. 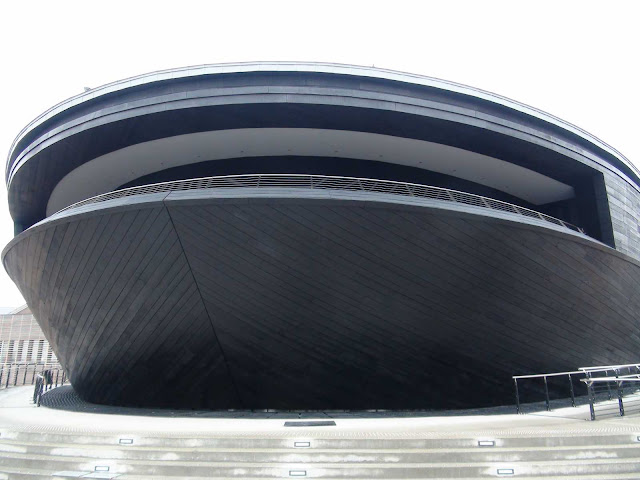 Designed from the inside-out, the Museum building takes many of its cues from the historic ship, allowing its hull, artefacts and exhibitions to take centre stage and create a visitor experience befitting this remarkable piece of history. At the heart of the project, within a carefully controlled ‘hot box’ environment, is the starboard section of the hull of the Mary Rose. 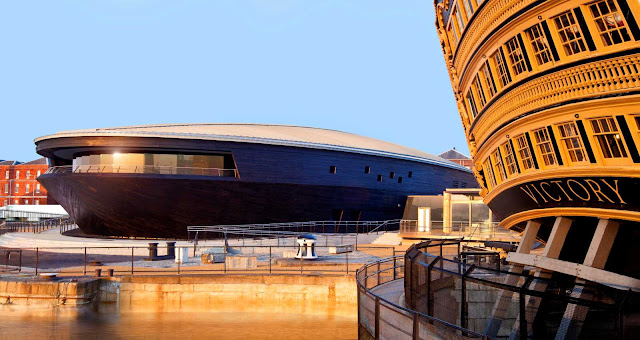 Alongside it, a virtual port-side hull has been created over three levels to view the ship and house the context gallery. Encasing the Mary Rose and the largest collection of Tudor artefacts in the world is an architectural form that alludes to the historic significance of the Museum’s collection and announces the arrival of a major new cultural attraction. 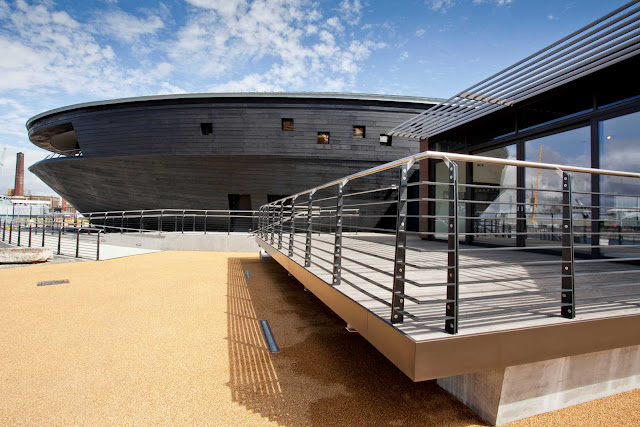 Chris Wilkinson, Founding Director at Wilkinson Eyre Architects, said: “When you have a treasure like the Mary Rose, which continues to capture the world’s imagination, the architecture of the building takes a supporting role. However, the building has a very significant part to play in projecting the Museum and its remarkable collection to the world, creating intrigue and heightening the visitor experience of this major cultural attraction.” 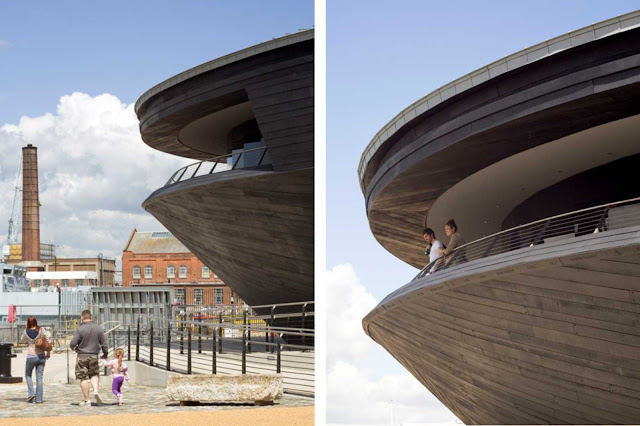 Chris Brandon, Principal of Pringle Brandon Perkins+Will, said: “This museum is unique – the only one in the world to take its inspiration from the archaeological finds of the Mary Rose and the ship herself. Our role was to create a showcase for The Mary Rose and her artefacts befitting their significance, so we designed a museum that would recreate the experience of being on board the ship hundreds of years ago and created a context gallery to highlight its precious contents. Coming from a marine archaeological background, finally I can unite my two passions in life – architecture and marine archaeology. I hope visitors to the Mary Rose Museum are as excited by the end result as I am.” 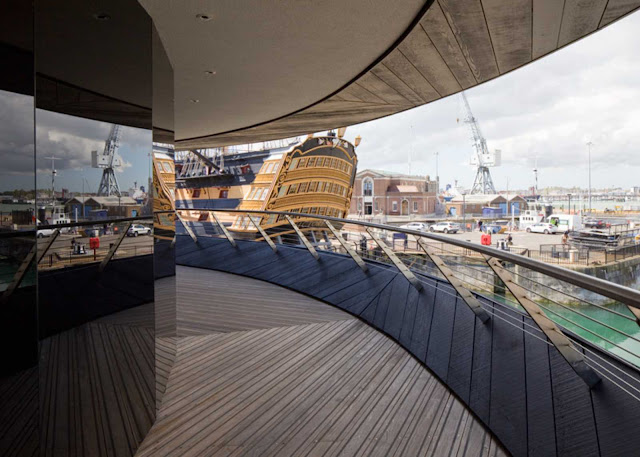 The overall composition is a piece of contemporary architecture, an elegantly simple form with an air of mystery that encourages visitors to enter and explore. The atmosphere of being on the ship is further enhanced by the walkways following the shape of the deck from stern to bow and low ceilings on the lower deck. 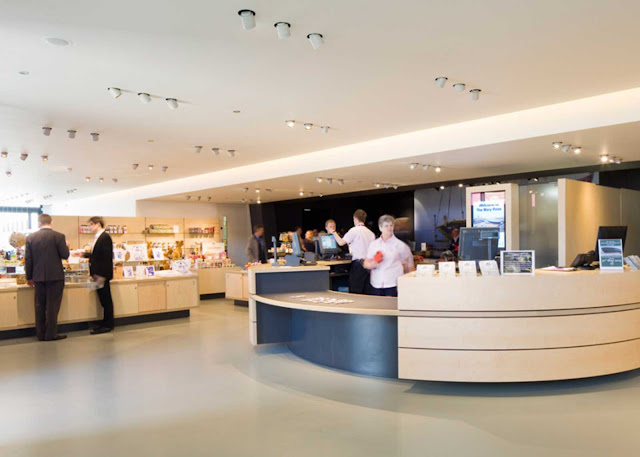 The Museum spaces are deliberately dark with daylight excluded and the only lighting either focused on the objects or concealed under the walkway handrail, lighting the space and re-creating the dark claustrophobic spaces below decks. 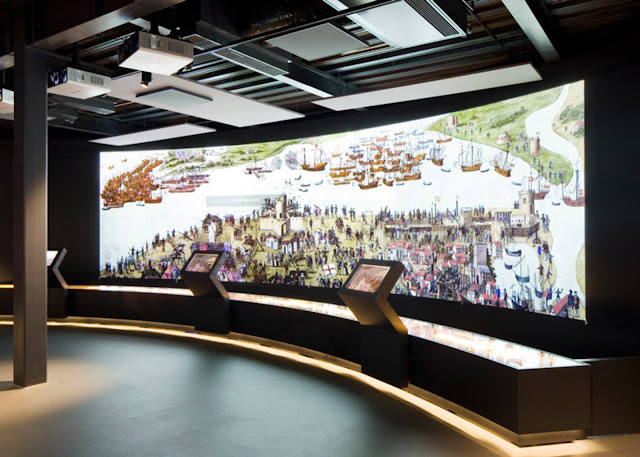 Following the painstaking archaeological excavation and recording of the exact location of every find, the project team could see inside the Mary Rose and reunite the original contents – fittings, weaponry, armament and possessions – deck-by-deck.