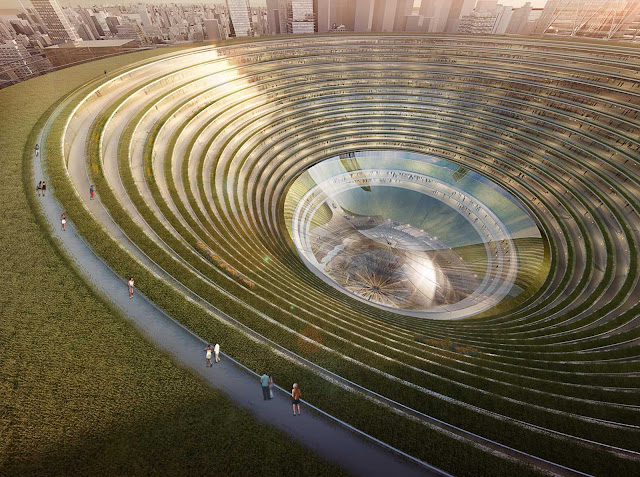 Penn Station is the most heavily trafficked train depot in the United States, a cultural icon, and sorely in need of a makeover. But upgrading this century-old station has been difficult because it’s underneath another thriving landmark, Madison Square Garden (MSG). 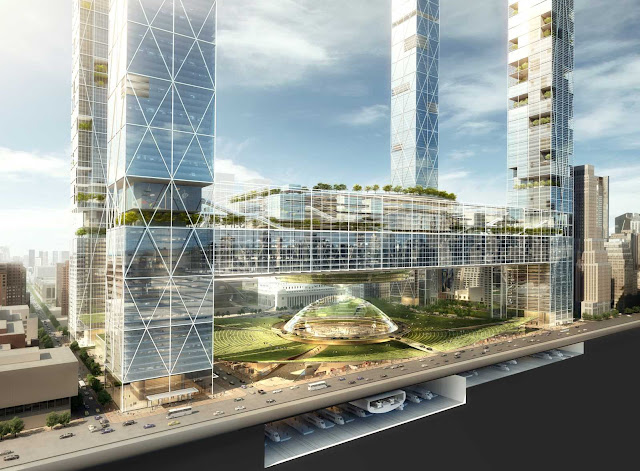 However, a recent city ruling would end MSG’s lease on the land in 2023, so the Municipal Art Society of New York commissioned four prominent architecture firms to provide a vision for what the station could be without consideration for the Knick’s games and Phish concerts that are usually happening overhead. 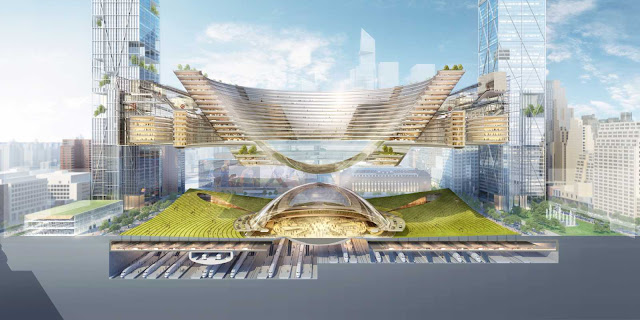 Skidmore, Owings & Merrill (SOM), which has ambitious projects with iconic structures like the Freedom Tower and Burj Khalifa to its credit, was one of the firms selected to reimagine the station. True to form, its proposal would transform this piece of civic infrastructure by expanding the scope to include a new park, commercial district, cultural buildings, and residences spread over two city blocks. 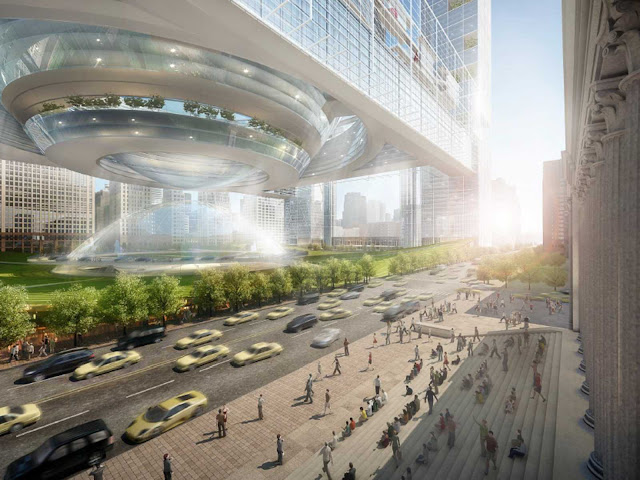 “We imagined the site as vertically layered — mixing places to live, to work, and to play, but most importantly, the public space has to take priority over all other uses,” says Roger Duffy, FAIA and partner at SOM. “These spaces cannot be publicly accessible, privately owned. This site would be the gateway to the city for generations to come.” 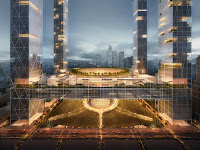 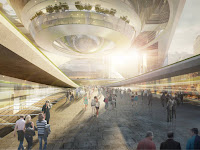