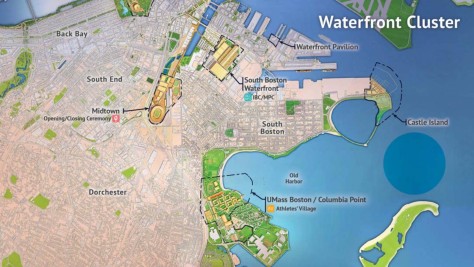 The US Olympic Committee board of directors picked Boston earlier this month over Los Angeles, San Francisco and Washington as the United States chases its first summer Olympics since 1996 in Atlanta. 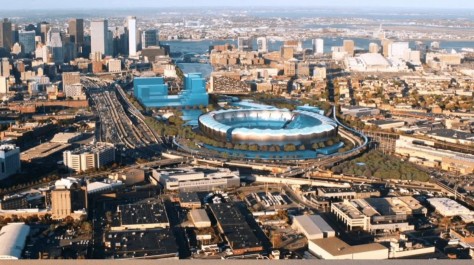 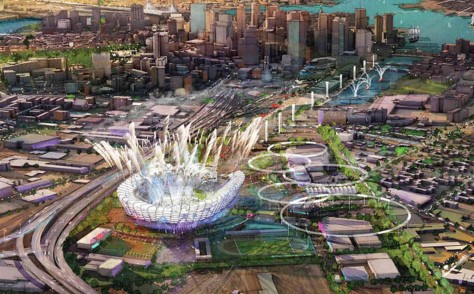 The architect David Manfredi. of the architecture firm Elkus Manfredi, said the Boston games could be “the most walkable games in modern times,” with 28 of the 33 sports venues located within a 10 kilometer area. Manfredi said there would be two “clusters” in the southern coastal part of Boston and between Boston and Cambridge, where archery could be held on the lawn of the Massachusetts Institute of Technology. 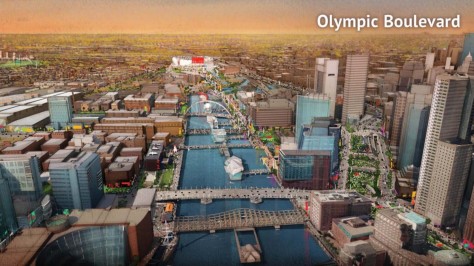 A velodrome would be constructed in Somerville, rowing would be held in Lowell, Gillette Stadium would host rugby and soccer, and officials are looking at spaces in the western part of the state to host mountain biking and slalom kayaking, Manfredi said. He said athletes from around the world would look for other areas around the state to acclimate themselves to the region and train before the games. 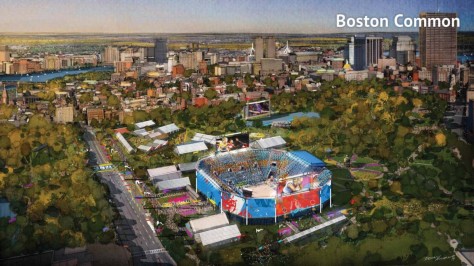 The temporary Olympic Stadium would be constructed in the area between Interstate 93 and Red Line train yards, replacing what O’Connell described as a “salt pile and a tow lot” with land primed for development after the stadium is removed. He said the temporary stadium would probably take a year to construct and said disassembling it would take less time. Suffolk Downs, the former horse track straddling East Boston and Revere, could be a potential alternative site of the stadium, he said. Via massive.com