Gottlieb Paludan Architects’ proposal for a new foot and cycle bridge across the railway in Odense is intended to improve the connection between the city and harbour area for the cyclists and pedestrians of Odense. GPA developed the proposal in cooperation with ES Consult, NIRAS, Bartenbach Lichtlabor and lighting-design artist Anita Jørgensen. 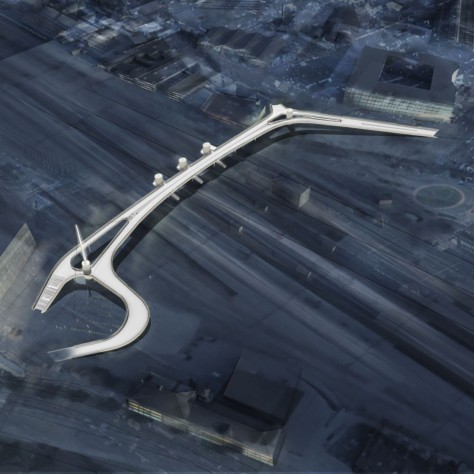 The project strives to give shape to the vision of a remarkable and truly memorable bridge across the railway, using simple and effective architectural tools. The decision of Odense Local Authority to establish a connection between the urban quarters north and south of the railway is brought about by focusing on exactly that key function — the bridge must be a beautiful, practical and organic part of Odense’s urban space, and it must be easy to use for all pedestrians and cyclists and for the many people travelling to and from Odense by train every day. 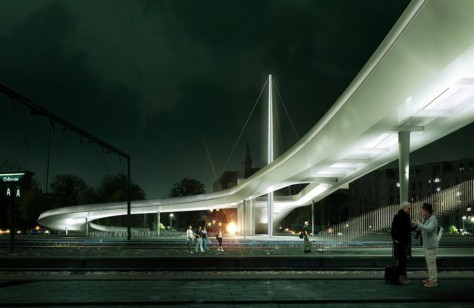 This basic functional quality translates into a bridge that will integrate art, lighting and construction, blending all these elements together into one exquisite, fluid design that will give Odense Local Authority an inspirational and efficient traffic solution, at the same time creating a striking landmark that will stand the test of time.
The project outlines the bridge link as a dynamic extension of the existing urban space of Odense — an inviting, sweeping movement from north to south. Along the way, there will be a number of well-defined spaces, a variety of views and impressions, and all in all, the components will come together into one cohesive and spectacular addition to the urban space of Odense. 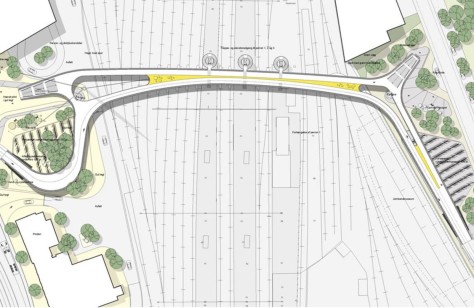 The squares to the north and south of the bridge are designed to fulfil two main purposes: partly to house the practical functions stipulated in the brief, and partly to create a visual and emotional connection between the new bridge and Odense.  The proposal strives to create a bridge with extraordinary qualities in terms of design and the experience it engenders for its users, ensuring clear and attractive functionality for all who will be using it daily on their way to work, school or leisure activities. 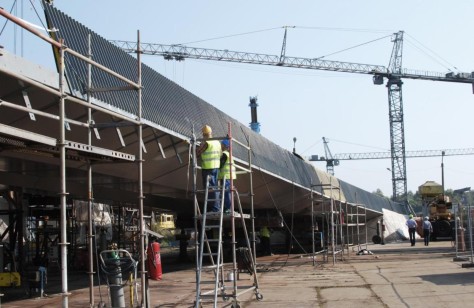 We developed our design with the ambition that the bridge would achieve enduring value as a simple and beautiful construction accommodating the natural traffic patterns of the area; we want the bridge to become not only a main thoroughfare for pedestrians and cyclists, but also a beacon for Odense.  Source by Gottlieb Paludan Architects. 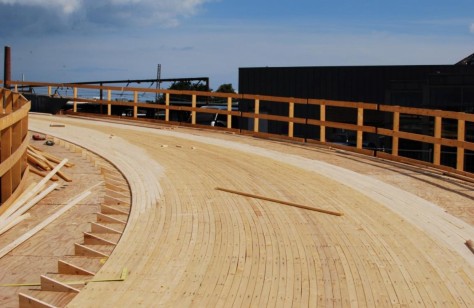