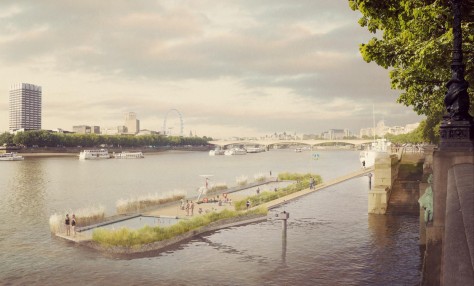 Next month will launch an online campaign, with the artist Tracy Emin starring of the promotional video, to achieve Thames Baths project for the re-introduction of swimming in the River Thames. 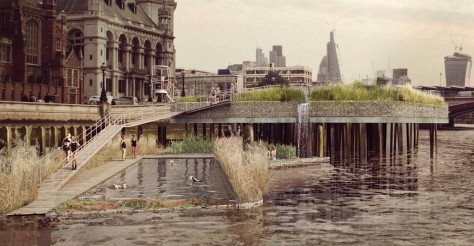 The Thames Baths Project is a campaign by Studio Octopi to re-establish an intimate and playful link between Londoners and this historic lifeblood of the city. 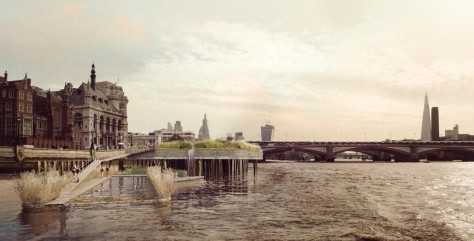 The location of the proposed swimming-pool is at Temple Stairs, between Temple and Blackfriars underground stations and opposite the South Bank. 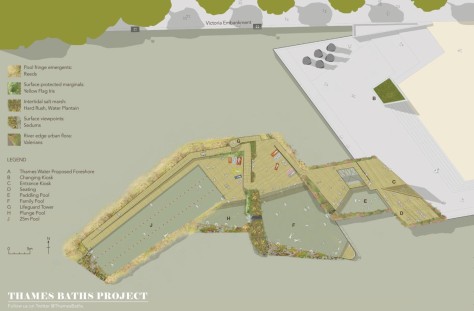 “The north bank is a much quieter place and is dominated by the Victoria Embankment – with roadworks going along it, which doesn’t do any favours,” according to Chris Romer-Lee, an architect from Studio Octopi. 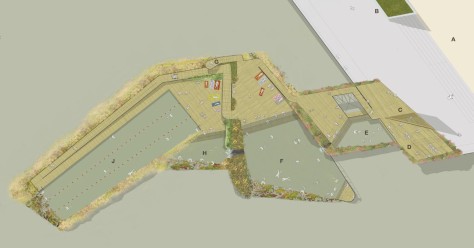 The goal of the Thames Baths, is to open next year on the Victoria Embankment if planning permission is granted, a 25-metre by 10-metre main pool, filtration system and pool-side decking. 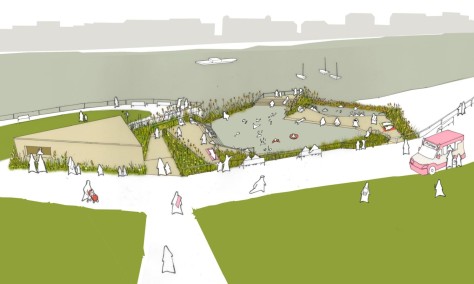 Chris Romer-Lee said “There’s something very wild and liberating being in open water. I don’t get this so much of swimming inside indoor pools where it’s hot and smelly.” 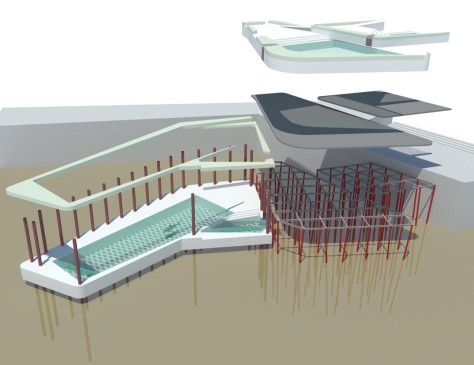 “The decked areas are open to anyone who wants to come along, so you don’t have to come along just to swim. It’s really important this doesn’t become another London Eye 25-quid experience. It’s not about that.”