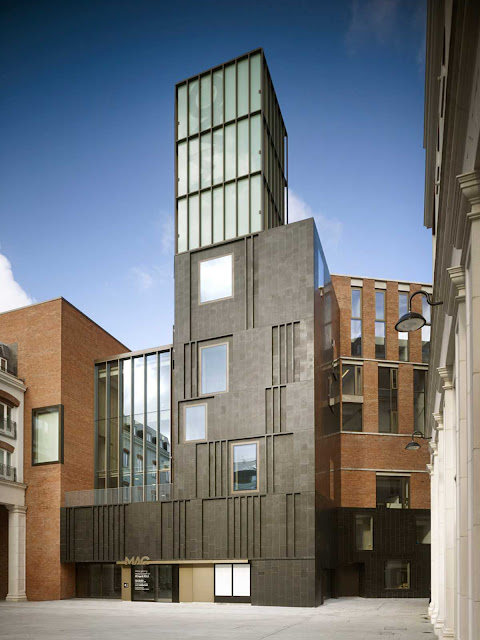 Hackett Hall McKnight’s building, composed of three monolithic elements, two clad in brick, the other in stone, is the new home for the Old Museum Arts Centre, now called the Mac. 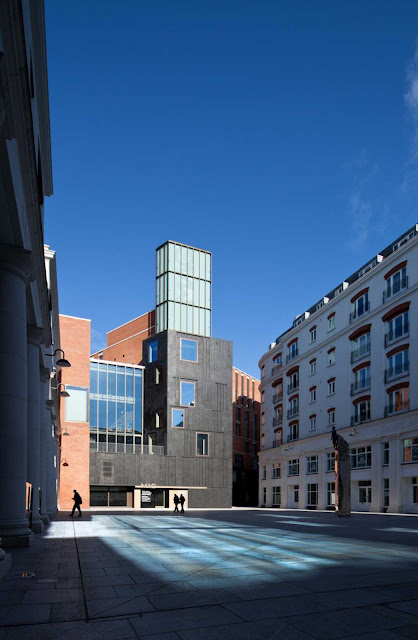 The building addresses a new square, currently under construction as part of a new commercial development. The square is addressed with a tower that acts as a beacon in stone and bronze anodised glazing. 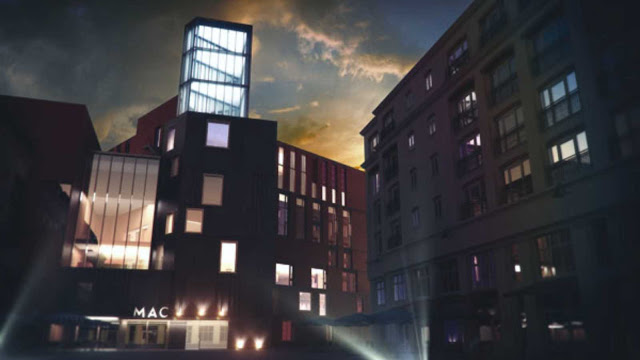 This tower helps to locate the building, a major new cultural institution for Belfast, within the milieu of the Cathedral Quarter. 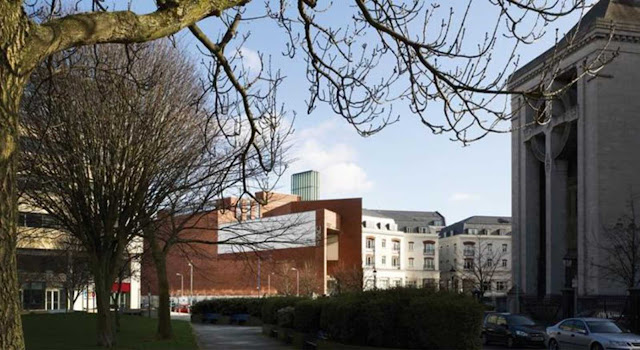 The site is in the oldest unredeveloped part of Belfast, still largely derelict but now being regenerated. The arts centre is surrounded by a new commercial development and square, St Anne’s Cathedral and the University of Ulster. 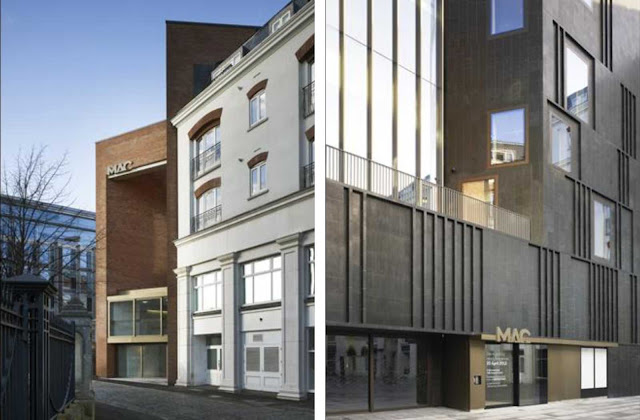 The project deploys an architectural language derived from the city’s traditional brick warehouse and mill buildings. Hackett Hall McKnight’s design, won in an RIBA international competition in 2007, reflects the methods of construction and simplicity of details used in the historic industrial buildings. 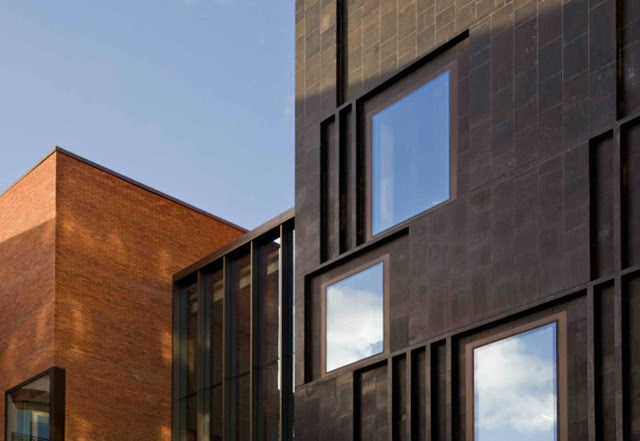 The approach to material and construction evokes a relationship to the robust character of the preceding Victorian merchant city; large scale tough brick buildings. The construction uses the structural insitu concrete as well as the brick as an exposed finish. 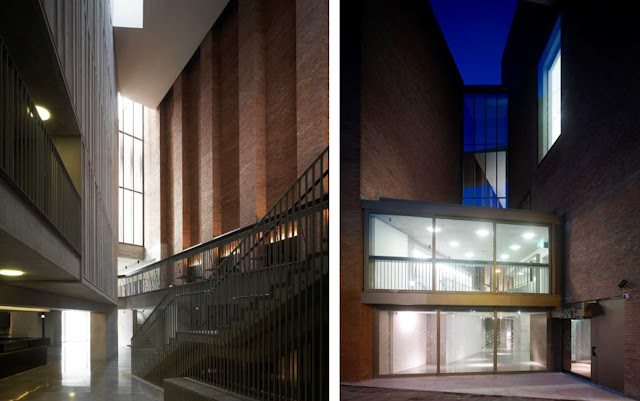 “In-situ concrete was fundamental to the way we thought of building from the start,” says practice partner Ian McKnight. “The plastic quality of concrete lent itself to creating the complex stacked arrangement of large spaces that would have been very difficult to achieve using another structural approach.” 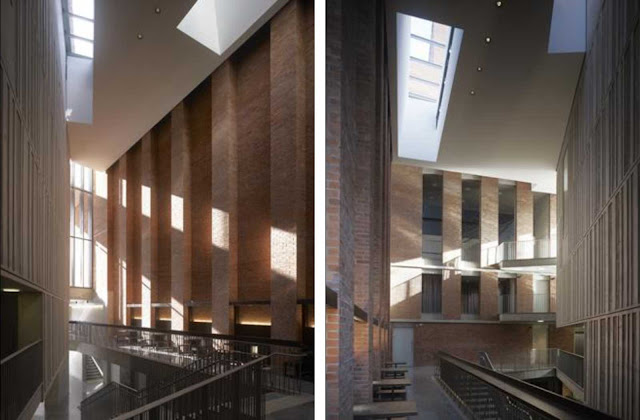 The project is largely defined by the two boxes, with the foyer and bars occupying the space between. Although both are clad in brick, the expression of each is distinct through the use of different details. One is a regular cuboid while the other is less regular, with large, individual openings. 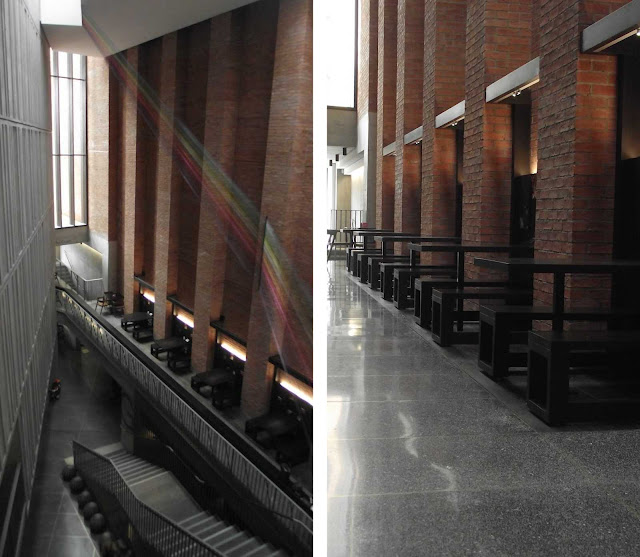 The foyer is a top-lit space defined by internal elevations of brick and concrete, including a five-storey high wall in board-marked in-situ concrete. 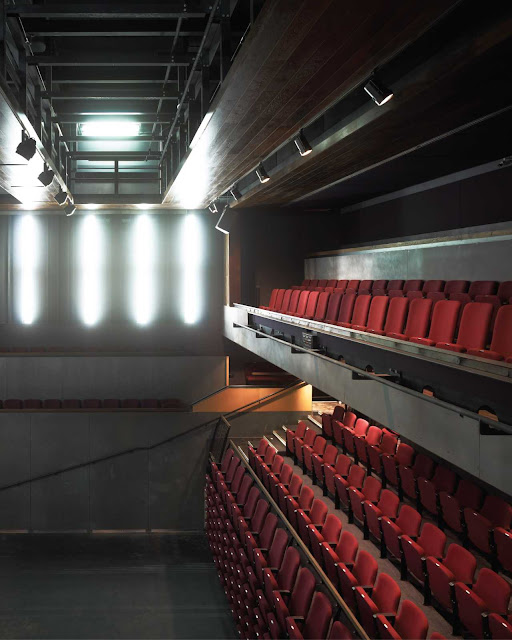 “The approach to the pattern of the foyer wall has developed like a process of drawing on the concrete,” says McKnight. “The structural material has been developed into an element of surface relief, texture and character within the foyer.”