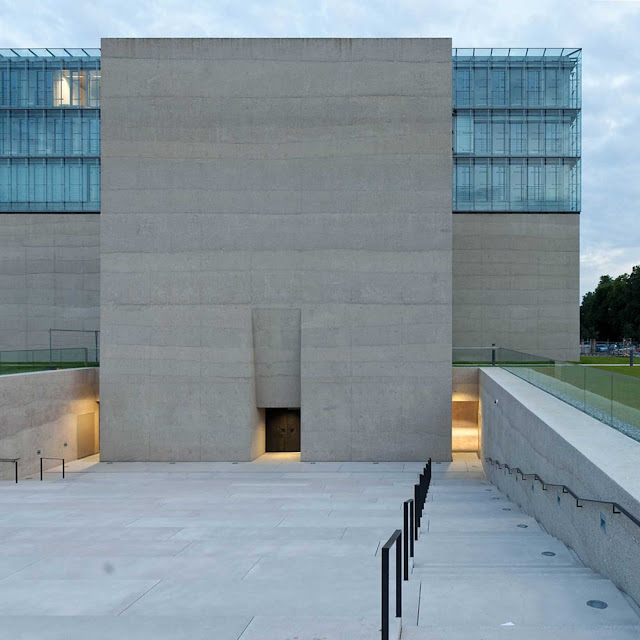 This project is located in an exceptionally beautiful and large urban situation, center of the Munich Art District, on the masterplan designed by Leo von Klenze in the middle of the 19th Century.

Thus it had to be repaired and revived again, adjusting to the contemporary requirements. The construction of the new university relates very largely on the dimensions and proportions of the old Pinakothek, a strong space had arisen, tensioned between those buildings. 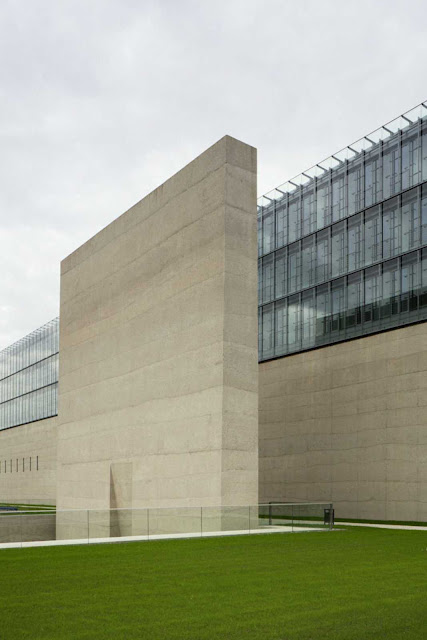 The Museum für Ägyptische Kunst (National Collection of Egyptian Art) is located below the extensive meadow area between university building and Alte Pinakothek and appears submerged, as if it were an excavation site. 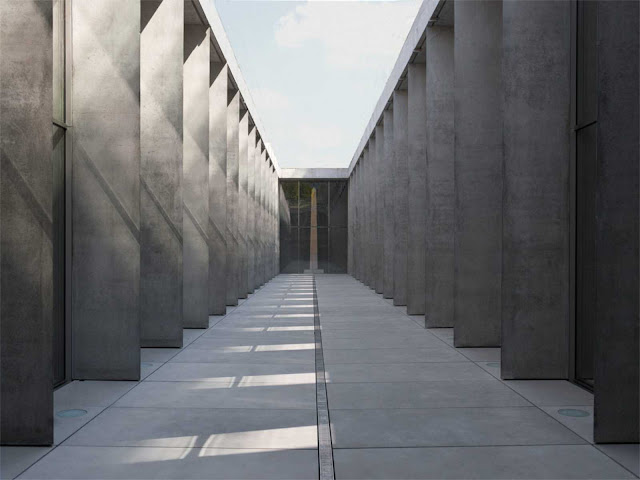 Via a separate forecourt in the shape of a flat, gently sloping ramp with steps, visitors can access the lowered entrance to the National Collection of Egyptian Art that is marked by a large, shear wall. 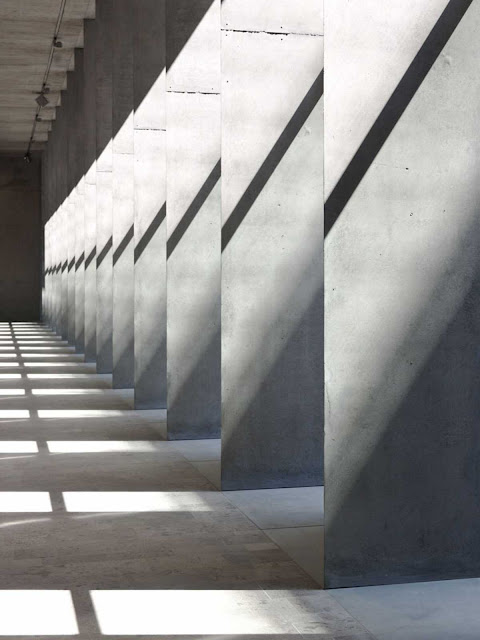 Large sculpture halls for the subterranean museum rooms are grouped around a light courtyard, set within a lawn area. This space can be additionally used for exhibition purposes. The facade mirrors lies behind functions back. 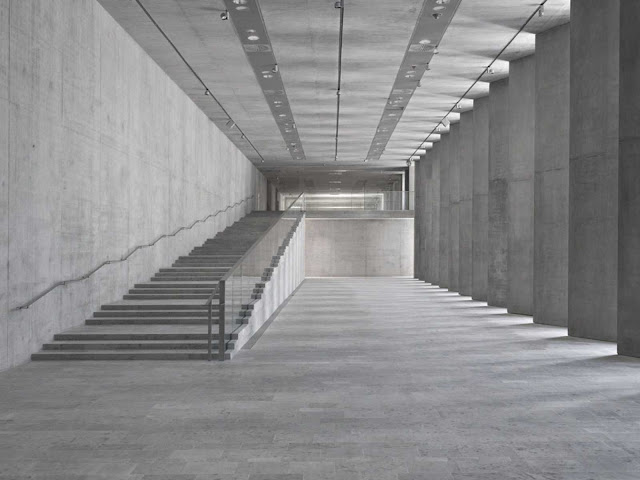 The studios, cinemas, etc are on the main floor behind the high jointless concrete facade. The entrance with the foyer, cutting itself in this base, invites the crowd to take part in the many events and film festivals, and above, the offices are inside the glass cube. 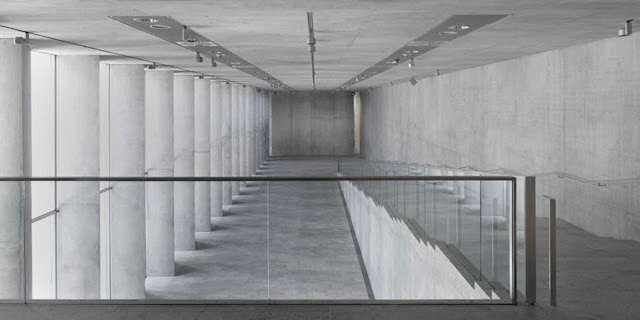 In contrast to the very precise and delicate glazed top, the concrete base has a very raw, nearly rocky character with its daily cast layers. Its colors are slightly drawing one onto another like an aquarelle painting. 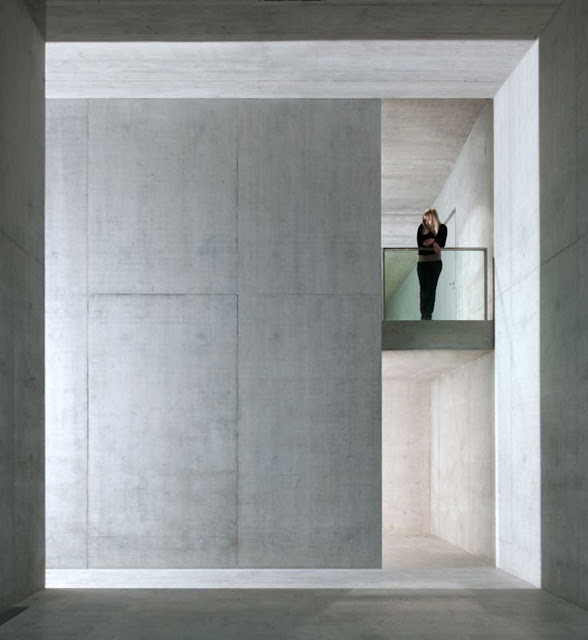 This crafted experimental technique refers to the workshop character that a University for Film should have. The urban objective led us to design the museum for Egyptian art under the meadow. 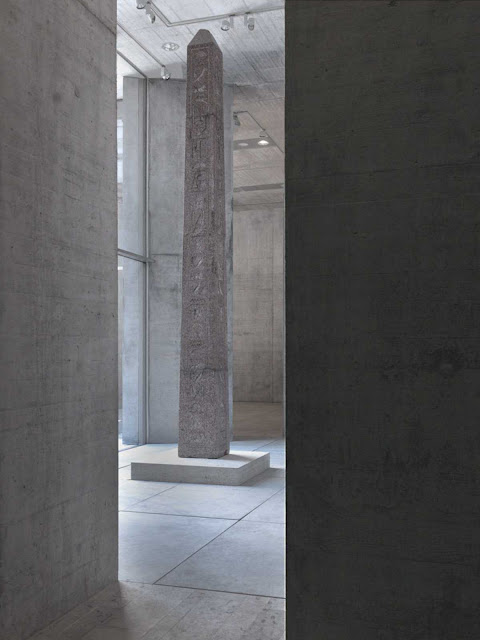 Its own forecourt leads us down to the entrance inside a large monumental concrete gate, also announcing the museum in the urban area. The starting point of the museum planning was the concern of the exhibited pieces, which nearly all came from Egyptian temples. 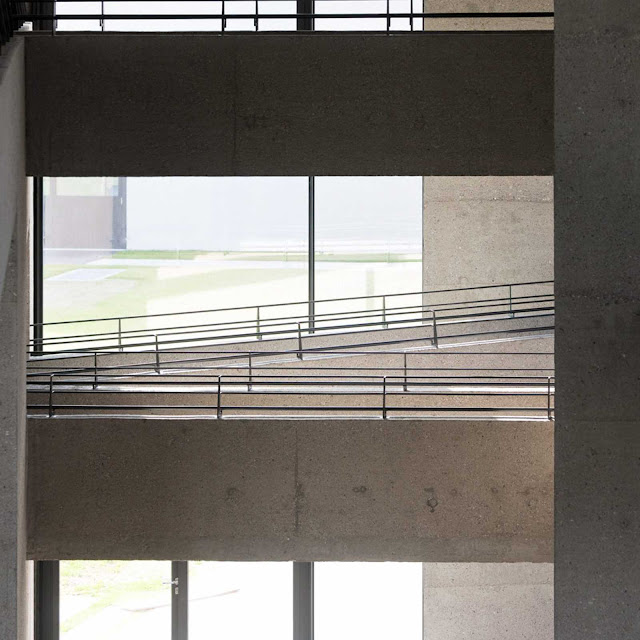 The rooms temper and atmosphere had to be a modern equivalent to its original location. The dramaturgy of the room sequences, the light, the views and the materiality.